Dip into the rainbow coat trend
Catwalks and stores alike are awash with technicolour raincoats this season. But one of the best around hails from a tiny island near Stockholm, Sweden. Brand founder Alexander Stutterheim based the design on his grandfather’s old ’60s coat but slimmed it down to make it, well, cooler. Yet despite Stutterheim’s fashionable status (it has recently collaborated with contemporary label Whistles), it’s no fairweather fad. “Their coats are the real deal and incredibly well-constructed,” confirms Selfridges’ menswear buying manager Luke Mountain. In other words, they’ll weather many more seasons to come. 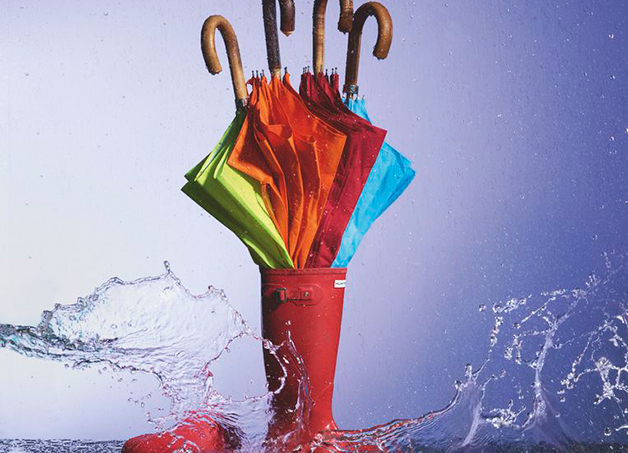 Buy a brolly with some real welly
It’s time to stop pouring money into falsely economical umbrellas that break at the slightest gust. “A quality umbrella should have a long-lasting wooden shaft, strong steel-sprung ribs that won’t budge in the wind and a canopy that is stitched taut on the frame,” says Jamie Milestone, the graphic-designer-turned- founder of modern umbrella brand London Undercover. “Assess the fabric in the same way that you would with clothing: a cheap one will feel stiff like paper; a good-quality one will feel smooth and silky.” Plus, the more you spend on it, the less likely you’ll be to absent-mindedly leave it somewhere. 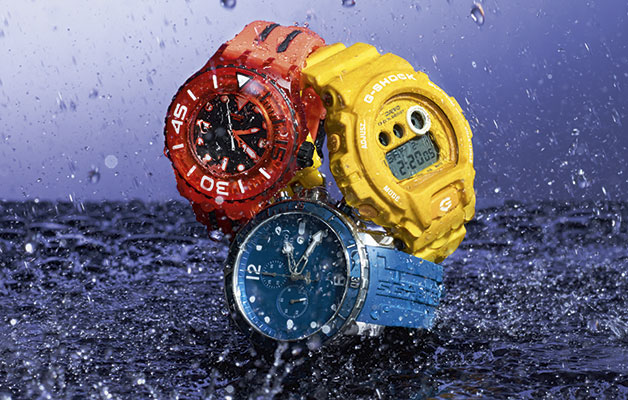 Adjust your timepiece to one that waits for no tide
  The sea of diver’s watches available far exceeds the number of divers. That’s because they’re often more rigorously engineered than ones that just look good on the surface: reassuring when timing your oxygen supply and otherwise. Boasts of being water-resistant at 20,000 leagues are thus a useful dipstick of overall quality. Then there’s the form that follows function: oversized with big numbers in bright colours for legibility and toughness. The result is a striking, masculine piece, whether it has hidden technical depths or just looks like it. 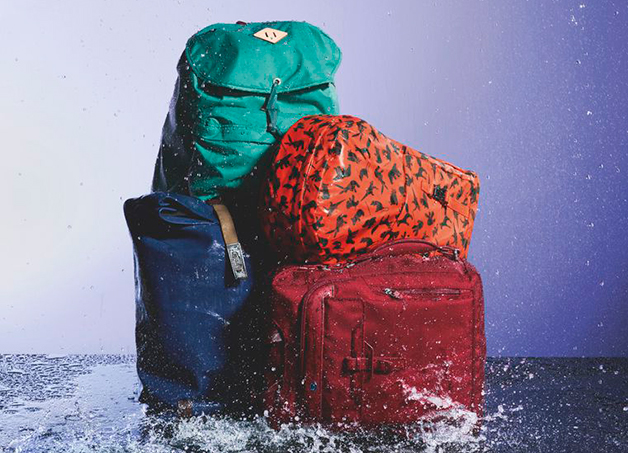 Stop carrying water weight
The rising tide of backpacks in recent seasons can be explained by high-end designers such as Lanvin and Givenchy making them in luxurious fabrics and taking them out of the playground. But more importantly, they’re just practical: an easier, safer way of carrying stuff that doesn’t knacker your arm or make you lopsided, and a hands-free device that frees you up to do other important things, like looking at your phone. These utilitarian rucksacks are specifically constructed to make light work of heavy rain – but still pack plenty of style.

This neat tablet case boasts a battery pack to top up in transit and a unique ID number for when you inevitably leave it in the back of the seat in front.
£119 knomobags.com

The Galaxy S6 Edge, well, edges it with a battery that lasts three hours from just 10 minutes’ charge, plus the planet’s most powerful mobile camera.
£600 samsung.com/uk

Like Pacman, these headphones are light but pack a punch. Unlike him, they fold flat and block noise (crying babies, duty-free announcements).
£150 philips.co.uk

Inspired by the iconic (and ontrend) MA-1 flight jacket, this orange-lined carry-on can be a messenger bag or a rucksack.
£375 mrporter.com

Scrunch up this blazer if needs be – its crease-resistant cloth means you’ll still land looking a million units of local currency.
£515 (trousers £200) paulsmith.co.uk

Folding to matchbox size, this travel blanket can be deployed when the cabin temperature dips over Greenland, and on the beach (unless you land in Greenland).
£18 matadorup.com

Crossing time zones like a Gallifreyan? Citizen’s Satellite Wave F900 can display two at once and auto-updates to local time within three seconds.
£1495 citizenwatch.com

What’s worse than a confiscated fragrance bottle? A smashed one. This 30ml spray comes in a leather case with snap-opening for a quick refresh on landing.
£74 uk.acquadiparma.com

Skip the overpriced airport coffee and in-flight ‘java’: this all-in-one portable maker lets you grind and brew your own beans anywhere with hot water.
£65 cafflano.com

As part of Clarks’ sponsorship of the V&A museum’s ace exhibition on the history of footwear – Shoes: Pleasure and Pain – the near two-century-old British brand was granted access to an archive encompassing four centuries of everything from clogs to high-tops.

Thankfully, Clarks surfaced from this deep dive clutching not a pair of Chinese foot-binding boots (they’re in the exhibition, and they’re terrifying), but menswear emblems from the 50s and 80s; the teddy boy brothel creeper and the gothic ankle boot. The former’s gleaming leather upper rears on a chunky crepe sole, and the latter comes in either faux-snakeskin or a buckled take on the desert boot you can imagine Nick Cave stepping out in. It’s a collection that deserves its own glass display case.

The Clarks x V&A collection is available from £100, at clarks.co.uk 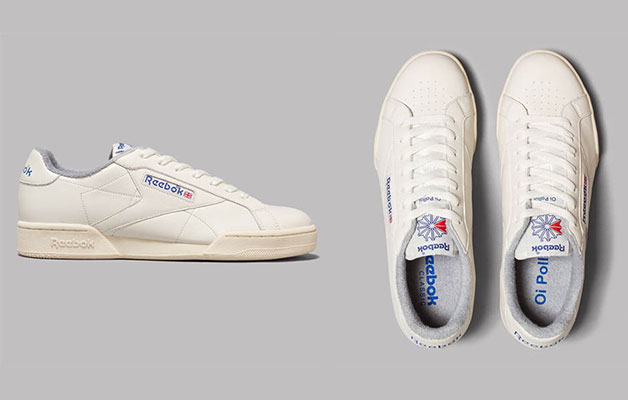 This coming together of two northern institutions – Bolton-founded sportswear giant Reebok and Mancunian menswear destination Oi Polloi – is an instant classic. Fitting, considering it’s a reworking of a 30-year-old Reebok Classic, the NPC UK II, – which crossed from tennis courts to streets thanks to an all-white upper and abrasion resistant outsole that kept your look super clean – constructed from a buttery leather and sock lining stamped with minimal Oi Polloi branding. It’s as subtle as all-white sneakers get.

Which makes them perfect for today too, since boxfresh bleached trainers have spent the last couple of years transitioning from trend to style staple. Rock them beneath pinrolled denim, deploy them to inject new life into your navy suit, or nod to their origins with an oversized sweatshirt and tennis shorts. Just ensure the rest of your outfit isn’t all white, unless you’re actually on centre court at Wimbledon.

The Oi Polloi x Reebok Classic is available from £75, at oipolloi.com 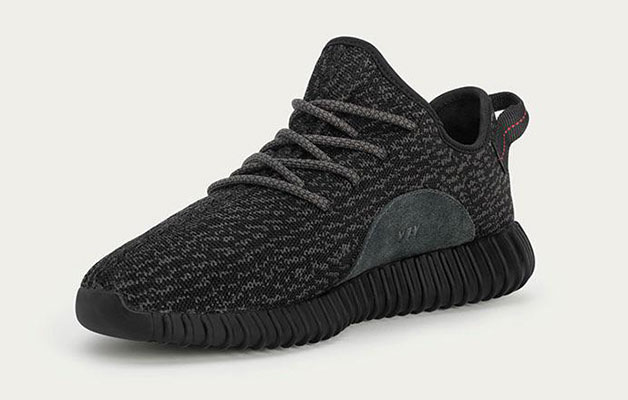 Ahead of the first Yeezy 350’s drop, we saw some enterprising hypebeasts camped out in front of a nearby Foot Locker two days before the shutters went up. So don’t expect this all-black version to hang around any longer than its siblings. We think it’s worth the overnight exposure, though.

The monochrome styling, bulbous base and monochrome one-piece knit upper will draw appreciative looks ever from non-sneakerheads. And if you do manage to grab a pair and decide you don’t like them, the fact the previous version is selling for almost $2,000 on eBay should cushion the blow. Almost as effectively as its Boost sole.

The Yeezy x Adidas Boost 350 Pirate Black is available on Saturday 22 August from £150, at mrporter.com 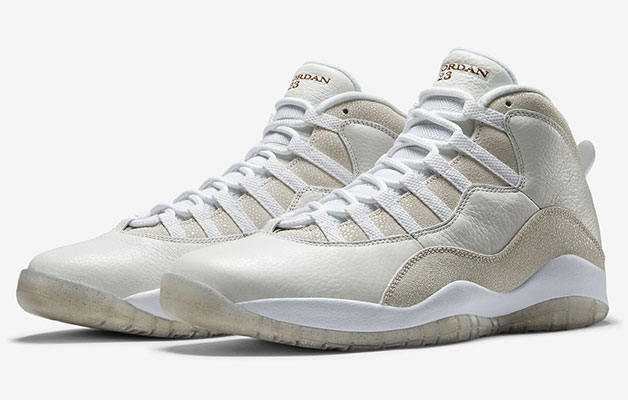 Kanye’s Adidas hype makes it easy to forget that Yeezy was once all about that swoosh, until a falling out over cash and creative control sent him into the German brand’s three-striped arms. Filling his shoes – literally – is the man currently perched on rap’s throne and Canada’s foremost exponent of emotional bars.

Drake’s take on the Air Jordan 10 is as luxe as ‘Ye’s is gritty. A white stingray leather version is queued to launch in September and its black cousin purportedly lands later this year. A handful of the year’s most-hyped trainer appeared at an LA pop-up in April and disappeared in minutes, reappearing almost instantly as the most sought after trainer on the resale market; with eBay price tags currently approach £10k. If you’re not feeling the 10s then an equally monochrome take on the Air Jordan 12 is also pending. No confirmation yet that the leather is specially treated to ensure it’s not stained by tears. 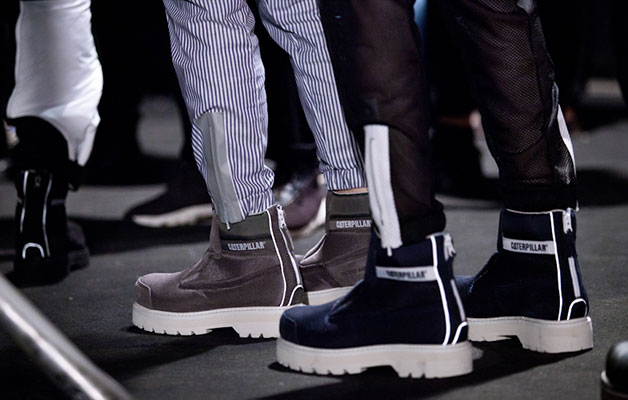 Christopher Shannon and Cat Footwear is a perfect mix. The Liverpudlian’s designs are always utilitarian, a sports-inflected take on streetwear that fizzes with youthful rebellion; tracksuits that un-pop to the crotch, or the kind of cozy knitwear your nan would send you out in, were it not emblazoned with a “Thanks 4 Nothing”-stamped plastic bag.

So it’s natural he’d hook up with a brand whose boots are popular with builders, the Wu-Tang Clan and school kids giving an up yours to their uniform’s demand for black lace-ups. Shannons version of the Colorado swaps the eyelets and leather for nylon mesh and canvas, reimagining an iconic shoe for a future where ruggedness and durability are vital. It might not be a fun future, but it will look sensational. 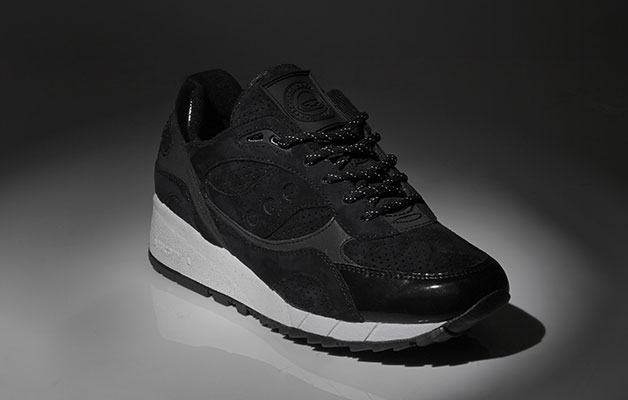 Ignore the logic of taking a shoe inspired by the Stealth Bomber – an aircraft with a $45bn design aimed at avoiding detection – and giving it panels fashioned from super reflective 3M material. Focus instead on how Saucony’s 27-year-old Shadow 6000 has been given an otherwise all-black makeover courtesy of sneaker mecca Offspring, whose name appears in a rather harder-to-spot rubber heel stamp. Then grab a pair as soon as you spot them. A torch should help.

Leave Your Holiday Heartbreak at Home

I am 23. This month, my boyfriend of one year broke up with me. I was totally surprised, and am still devastated by it and in love with him. I have asked a few times about getting back together, but he is not interested. So I am trying to move on, which isn’t easy. It’s even harder when we both turn up at the same holiday parties. I’m scared (but also sort of hoping) that we will be at the same New Year’s Eve party. But I don’t want to stay home alone. Help!

Welcome to the Heartbreak Hotel, Nina. It is my sad duty to report that most of us have checked in for a spell (or three), often feeling mowed down by a fleet of midsize trucks. But in time, those trucks will feel more like flammable hoverboards, and eventually, like tiny children stepping on your toes. It gets better. And exploring this bummer with friends or a therapist will give you more emotional depth and make you smarter about the next guy. (And there will be a next guy — really.)

Time And Tide Wait For None

HOW TO AVOID HOLIDAY BELLY

THE BIG READ: OBESITY SHOULD BE A NATIONAL PRIORITY

5 SIMPLE WAYS TO MAKE YOU WANT TO EXERCISE MORE

LINKS OF LONDON: FOR THE MODERN MAN

A Beginner’s Guide to Handstands

The materials in this website are in no way intended to replace the professional medical care, advice,
diagnosis or treatment of a doctor, qualified personal trainer, therapist, dietitian or nutritionist OiiO Fitness.